The top 3 benefits of building an MVP: why you need to begin with a minimum viable product 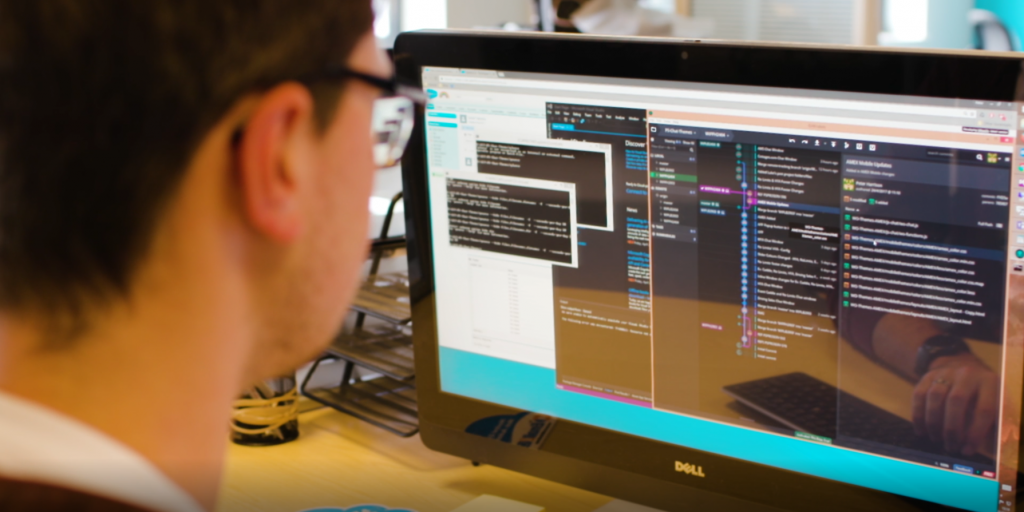 Rome wasn’t built in a day – but builders were laying bricks every hour. The same is true of software development.

The biggest and most indispensable apps you use today didn’t start their life as polished, expansive products. They all started as something much simpler, and it took the work of multiple teams over multiple years for them to mature into the slick solutions you now know and love.

But if large-scale apps take years to craft, how can developers ever hope to push out a release? Here, we investigate the benefits of building an MVP, or minimum viable product.

It’s often woefully underestimated just how much money and time (let alone luck) it takes to develop and release a successful software product. Developers set out to create the product that will make them the next Bill Gates, only to lose sight of their original product goal, procrastinate away their release dates and waste time on expensive bug fixes.

This is where the minimum viable product (MVP) becomes essential. Think of the MVP as a process rather than a product – a process that allows developers to test, optimise and grow their solutions over time. Rather than aspiring to Gates-level greatness from version 1.0, the MVP makes software development manageable, scalable and hyper-focused.

Before we launch into some specific benefits of building an MVP, let’s get to the nitty-gritty of what we’re really referring to. An MVP – contrary to some opinions – is not a wireframe or an early proof of concept. It’s a release that’s fit for customers: but one that’s stripped right back to the core.

Your MVP is your product without extras. It’s comprised of the minimum amount of features it takes for the core functionality of your product to be met. You can think of it as the bread and butter of your software: its only function is to solve the one utmost problem you want your product to solve. If the feature doesn’t directly contribute to simply solving that problem, it doesn’t belong in your MVP.

But why should you start so small? What exactly are the benefits of building an MVP?

1.    Your product does what it says on the tin

Beginning with a minimum viable product keeps team focus on the core functions and value of your software. In this regard, the benefits of building an MVP are threefold:

When your product goal is highlighted and kept clear, any excess features are kept at bay and your developers won’t get side-tracked working on distractions. Plus, knowing that the main goal of the product has been met reduces anxiety about the product being underdeveloped.

Building an MVP helps prevent your initial product from becoming cluttered with unwanted and unneeded features. This means that your new customers will get a simple product that does what it says on the tin. They’ll be able to start using the product for its core purpose right away, and won’t abandon the app because it’s too fussy or complicated.

All new products find bugs and hiccups along their way to becoming great. While a small, simple product makes bugs easier to find and fix, feature-rich software packed with layers of functionality is much harder to remedy.

The benefits of building an MVP also extend to the fast-paced marketplace. Because building the MVP prevents feature creep and procrastination, your clean, simple and functional product will get released sooner.

By releasing your MVP so swiftly, you put an early stake in the ground for your solution and its specialty. Even better, you start to build the relationships with customers that will form the base for later success. Your customers can interact with your brand early on and help shape the future development of your software through feedback.

‘Doing extended development of an unreleased software product is building a tower of hope on a foundation of assumptions.’ – Shawn Crowley

The faster release of your software also gives you the opportunity to test the market. You’ll avoid any costly mistakes by ensuring that there’s actually a demand for the solution you are offering. (Microsoft Zune, anybody?)

The benefits of building an MVP continue into the later stages of your software development. The prevention of feature stuffing early in the development process creates room for updates and new features that customers ask for. Because the MVP kept the focus on the core function, it’s easier to tell when new features you are adding later are relevant to the value of your product.

Also, because your MVP made the growth of your product gradual, your product can benefit from newer technology as it becomes available. Being able to update your product by integrating new features and technology, while keeping the core functionality in mind, helps you keep your product relevant in a competitive market.

Grow with your customers

The benefits of building an MVP are as simple and fundamental as the product itself. Built properly, an MVP reduces cost while increasing efficiency, customer relationships, and product quality.

Like Rome, you won’t be able to build a worldwide software product in a day. But you can start laying the bricks of your enterprise empire with an MVP. So, remember to start simple. After all, the bells and whistles can always come later.

Software development and the MoSCoW method

Feature creep: is your product guilty?

The ‘done is better than perfect’ approach to programming