The past (and future) of front-end development 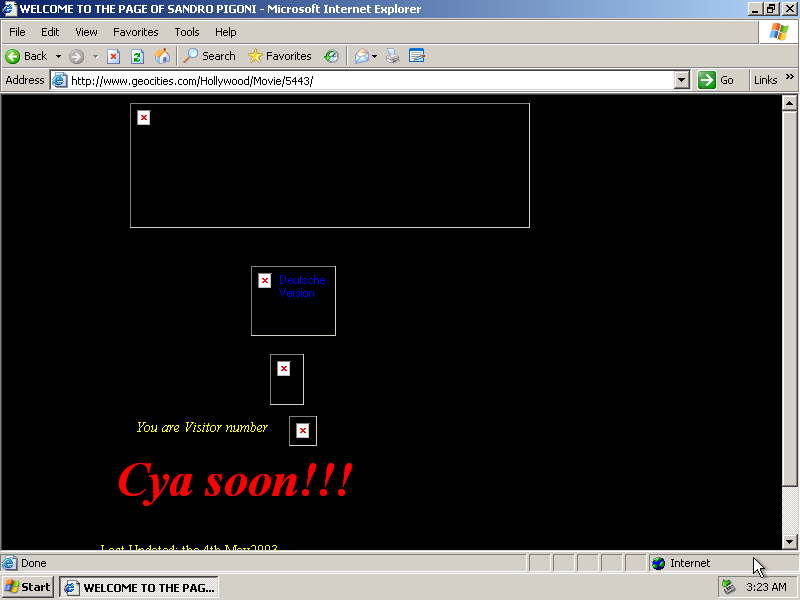 In the beginning, the web gods created the internet. Back in those bygone days, the web was like the wild west: a vast, unmapped terrain where websites were unstandardized and disorderly. Front-end development was a mess of incompatible browsers, quirks, and moving targets.

In the tamed web of today, we’re all less forgiving of volatile design and confusing interfaces. As our user expectations continue to grow, front-end development is facing another huge transition. Today’s front-end developers must build digital products that are intuitive. Without, that is, assuming what a user already knows.

Understanding how user expectations have shifted when it comes to digital design warrants an investigation into the journey from erratic front-end, to intuitive front-end, to the invisible front-end of the future.

What is front-end development?

Front-end development is also known as ‘client side’ programming. It’s the development of the user side of a website or software product. It focuses on what users see, the way they can interact with a product on whichever machine they have, and the ways they can utilise the product’s functionality.

Front-end developers handle the user interface, forming an essential bridge between the designer and the back-end programmer. In a nutshell, they’re behind what you see up-front when navigating digital products.

The beginning of front-end design was essentially an internet browser shoot out, with front-end developers playing the role of sheriff. The world wide web was a lawless place, where a basic feature that worked well for a website in one browser, wouldn’t work at all in another.

Meanwhile, on the software side, new software was restricted to the capabilities of computers. Anything that worked was good enough, but that didn’t mean it was user friendly. Instant usability was almost unheard of, and digital products came with hefty instructions.

Add to that the continued evolution and change of computing power and technology, and several perplexing quirks for each system or browser, and you had an unbridled mess of front-end development on your hands.

The internet was new, and the explosion of DIY websites meant that no two sites were the same. For those of us browsing this random world, demands were primitive.

Expectations were only as high as a website having basic functionality. Can I tell clickable elements from static text? Do all the buttons and links work? Does it work in that browser?

The novelty of home computers coupled with the rapid growth of internet access meant that nothing was yet universal; there was no yardstick for great digital usability. In this fluctuating climate, front-end developers’ main struggle was keeping up with evolving browsers and coding quirks.

Fast-forward to today, and front-end development is a more regulated field. Browsers formed a truce and started to co-operate with each other. This meant that far from merely getting a website to work, front-end developers now had to make them work well.

The complexity for front-end developers has shifted to ensuring that interactive sections are where people think they should be. Front-end has become about intuitive experiences – design that supports intuitive use of a product or website.

Intuitive design is the first step towards the future of front-end. Unlike before, sites and services are becoming easier to use. Modern users are accustomed to instantly understandable design, and good websites and applications have become quick and navigable.

The rise of instant messaging, round the clock service and faster internet connections has made us a digitally-savvy demographic that craves real-time gratification. With patience on the decline, and a drive to personalisation on the up, front-end developers are tasked with designing user interfaces that answer our need for immediate gratification.

Front-end developers have met this task with designs that put everything we need at the tips of our fingers. Any site or product that isn’t obvious or simple to use at once often causes irritation and swift abandonment.

Invisible design is the next level of intuitive design. It’s design that meets users’ expectations seamlessly. They don’t have to think about using the site or search for the function they want — they can simply go straight to it because it’s where it should be.

The future of front-end could also see development and product design fully converge, rather than just co-operating. Creating a great product involves a great understanding of the users. It’s entirely possible, then, that front-end developers find themselves merging with product designers.

This means that front-end development won’t be a job title of its own, but a task handled by those in a broader user experience team.

The future of front-end

The very nature of front-end development is looking to change. Over the years, front-end has battled through changing code languages and platforms, confusing design quirks and baffling browsers.

Invisible design will become a core part of the future of front-end for any product. The user interface must entice us and grab our subconscious attention, rather than our conscious thought.