Tech buzzwords that we love to hate 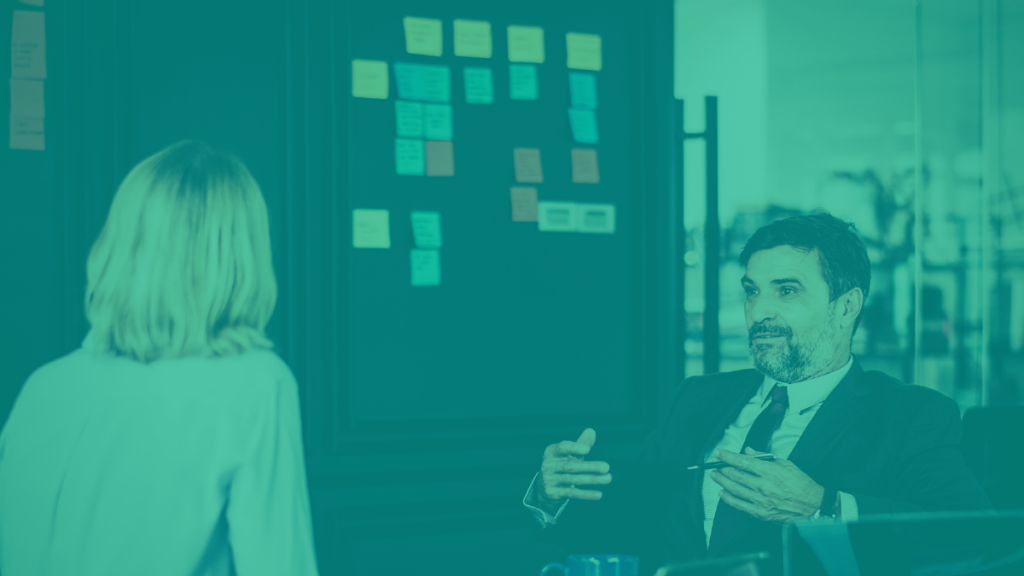 Tech buzzwords are rampant. They’re peppered across the business world, with no medium free. Job adverts, articles, websites, meetings — both our online and offline spaces are pervaded.

Now, some tech buzzwords prove useful. They’re clear, relevant, and convey meaning. Others, and this is the more common scenario, are overused to death.

These type of tech buzzwords tend to either serve as marketing waffle or cause severe eye-rolling. But even for their heavy usage, many people find tech buzzwords confusing. So, here are some of the most popular words, terms and jargon in tech right now.

We’ll kick the list off with one of the tech buzzwords so overused that it’s become meaningless. When referring to tech, ‘innovative’ is supposed to mean new and exciting. Unfortunately, every standard update, upgrade, release or announcement tends to be slapped with the ‘innovative’ label, despite breaking zero ground.

Artificial intelligence is rarely what it says on the tin. It refers to the ability of machines and computers to appear intelligent and make decisions. However, most so-called ‘AI’ is really just software snake oil — an old rule-based system in disguise. Plus, there are various types of artificial intelligence, making it both vague and broad. So, AI is another clear candidate for any tech buzzwords list.

Naturally, we think software development is an exciting field. That doesn’t mean that developers are ‘rockstars‘, or ‘ninjas’, or whatever other absurd label cooked up in a bid to push a technical job spec. Please desist.

Big data refers to extremely large amounts of data (such as that collected by businesses and institutions). It has become one of the most popular tech buzzwords as companies obtain more and more customer data, which they need to store, utilise and keep safe. While this is one of the more meaningful terms, be wary of companies selling ‘data’ as automatically synonymous with ‘intelligence’.

Both ‘digital disruption’ and ‘disruptive technology’ have become massively popular tech buzzwords. They relate to technology-induced changes that alter the way we perceive work, a set of products, or even the world. Unfortunately, adding a small new feature to your product doesn’t quite qualify as ‘disruptive’.

Vapourware makes the tech buzzwords list not because the label itself is confusing, but because of the confusion it causes unaware customers. You can guess what vapourware is by its name:  technology that’s little more than smoke and mirrors. Sadly, many customers don’t realise they’ve been fooled by vapourware until later down the line.

Futureware is software that doesn’t exist yet, but will in the future. It’s in active development, or planned in a roadmap. Although futureware is more tangible than vapourware, it still has that decidedly buzzwordy ring to its name.

‘Crypto’ is a shorthand for cryptocurrency. Cryptocurrencies are a decentralised, digital currency. Think Bitcoin or Ethereum. Its sudden mass use as a trendy term from the boardroom to the bar wins crypto a place as one of the tech buzzwords we love to hate.

The term ‘tech industry’ has become just another of the tech buzzwords that holds no real meaning. It might refer to software and computing businesses, but it could also be financial tech, medical tech, or even taxi companies. The pervasiveness of technology means that every business is now part of the popular ‘tech industry’. And unfortunately, this generic labelling can create a smokescreen for unscrupulous companies to hide poor practices behind.

Smartphones, smart homes, smartwatches. ‘Smart’ things are the objects and items that can connect to the internet as well as perform their primary function. Everything is smart nowadays: from your kettle to your toothbrush. So, this is one of the tech buzzwords that’s only likely to grow as more items become part of the internet of things.

This brings us to the next buzzword: the Internet of Things. This is the name given to the ability for an increasing number of devices to connect and communicate with each other via the internet. Given its rather vague name, you’d be forgiven for not immediately extracting meaning from the IoT term.

Functionality is one of the tech buzzwords that describes technology and its range/feature-set. It’s a big word that sounds impressive, but it just means that the product works, which (hopefully) is a given.

Augmented reality sees digital images projected or overlaid onto physical reality. For example, Pokémon Go. There’s much excitement around the possibilities of AR for ecommerce sites and advertisements, earning AR a place on the list of hotly adopted tech buzzwords.

Eating your own dog food, or “dogfooding”, may sound disgusting. In fact, it’s the pretty useful habit of testing your own software products internally.

Ecosystem describes something with a ton of interconnected, moving parts. Since simpler terms such as “network,” or “system” work just as well, however, it wins a place on the tech buzzwords list.

When used to describe a person’s time. The less said about this one, the better.

Who actually knows what a tech/software evangelist is? We know that a historical evangelist would be someone marked by extreme enthusiasm for a cause. Supposedly, then, a tech evangelist is an ambassador for a specific software product or service. In everyday usage, it just sounds silly and overblown.

Some of these tech buzzwords have lost all meaning, others serve to highlight the most popular topics of today’s tech climate.

Whether you love them, hate them, or love to hate them, tech buzzwords will continue to thrive. When it comes to the ever-progressing tech industry, buzzwords that finally fade into obscurity are bound to be replaced by new tech terms claiming their own time in the spotlight.