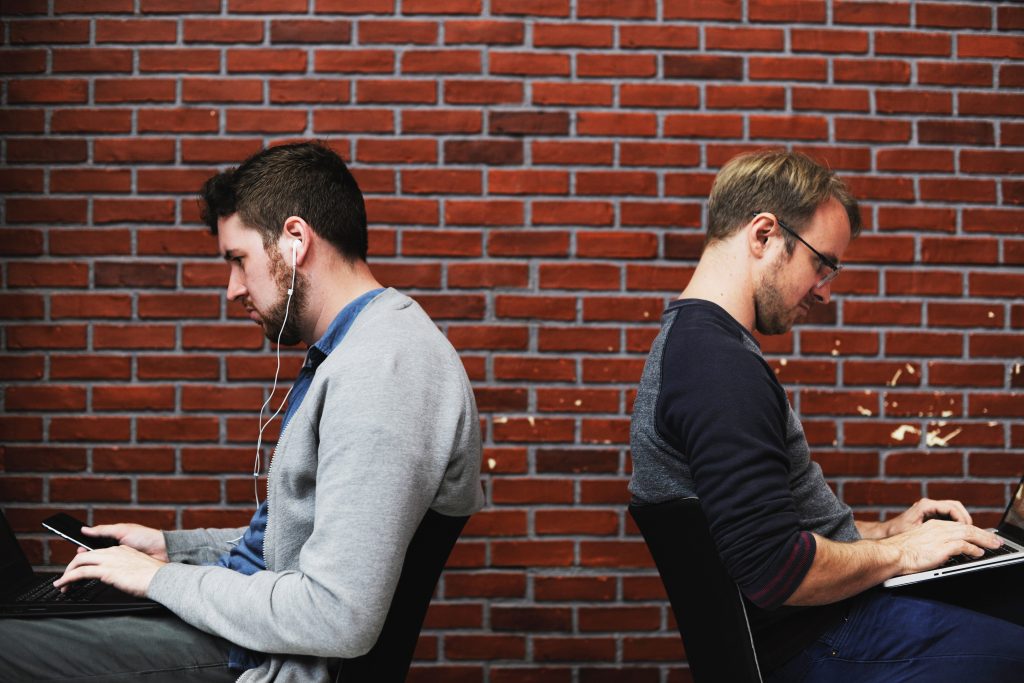 When it comes to the software engineer vs developer question, the lines are blurry. The terms are used interchangeably, and both relate to software creation, making them two sides of the same coin.

Some say there’s no difference between the two job titles. Trying to differentiate between them is pointless pedantry. For others, a software engineer is as different from a developer as a bricklayer is to an architect. It’s ill-informed to just lump the two terms together.

So, which is it? We weigh in on the software engineer vs developer debate, and whether the distinction splits hairs or serves a purpose.

The initial response to the software engineer vs developer question is to analyse the responsibilities of each role. Except that they’re both pretty much the same.

Both an engineer and a developer would oversee creating, maintaining and optimising software for the company they work for. They’ll need to find solutions to user/customer problems and be able to identify and fix bugs. (Amongst many other tasks.)

What about the prerequisites, then? Again, they’re much the same. Both roles require a strong knowledge of coding languages, and the soft skills needed to work as a team. Good candidates for either an engineer or a developer position will also likely have side projects on the go and demonstrate a passion for problem-solving.

So, what does differentiate them? Well, some say the difference lies in perception, professional background, and personal approach to the job.

Software engineers, meanwhile, tend to approach problems more logically and scientifically, from a foundation of engineering theory and principles. There’s a greater emphasis placed on engineering theory and technical expertise, and less placed on creativity. That doesn’t mean, though, that software engineers are restricted to only the most obvious solutions to problems. Rather, the fixes they offer, however innovative, will come from a place of practical engineering knowledge.

In other words, viewing the difference as one of perception means that software engineers are the more methodical of the two in the software engineer vs developer question. The thing is, engineer or developer, you’ll likely fall between the two perspectives, with a healthy blend of creativity and technical know-how.

Education is another area where you might find some subtle differences between a software engineer and software developer. For a software engineer, their knowledge base and skillset will most often have foundations in formal training. They’ll usually have gone through higher education in engineering and computing, rather than being self-taught.

Because of this education difference, the perceived value of each role can change. It may be the case in some companies that a software engineer has a higher seniority and even pay grade than a developer. But this will likely vary from company to company. When it comes to expertise, skills and the office hierarchy, the distinction of junior/senior is more common.

In some countries, it’s illegal to call yourself an engineer unless you have certain qualifications or a licence. So, developer can be used in place of engineer for those that took the different education path. It’s the same job, just with a different path to get there.

It all comes down to culture

In the end, the job is typically the same. In the ‘software engineer vs developer’ debate, the title you end up with largely relies on the culture and country of the company you want to work for. Some businesses like software engineer, some like developer. Lately, you might even see a software ‘wizard’ or hear tell of ‘software ninjas’. (Though these aren’t well-rated titles.)

Whether you end up as a software engineer, developer, programmer, or ninja, you’ll need technical know-how, creativity, and passion for code. So, explore all the options — developer and engineer alike.

If you’re looking for your next software creation role, why not check out our careers page for information on joining the team?