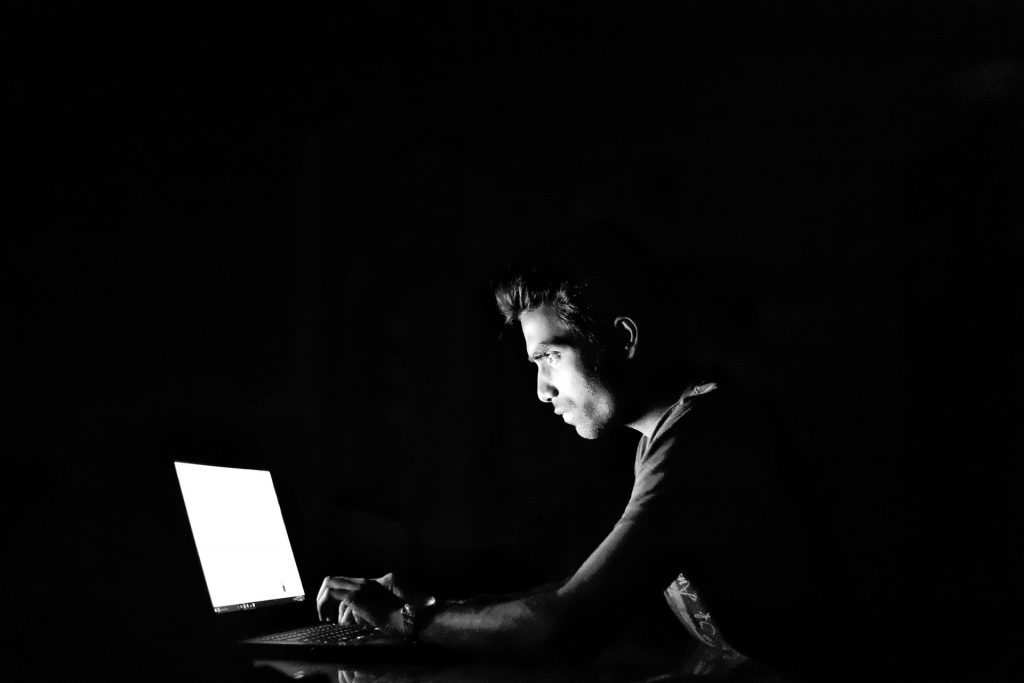 When someone says they work in tech, or that they develop technology, it often conjures the image of a lone tech genius tapping away at a keyboard in a darkened room. Figures like Bill Gates and Steve Jobs come to mind, as the lone geniuses that created great tech breakthroughs.

The reality isn’t quite so solitary. The myth of the lone tech genius is just that: a myth. Unfortunately, the idea that software and tech innovations are created by just one computer nerd is not only incorrect but damaging to the industry.

So, where exactly does the myth of the lone tech genius come from, and why is it so detrimental?

Sat alone in a darkened room

The myth goes that each of the big tech innovations that have shaped the way we live can be attributed to a single person. In fact, throughout history inventors have worked alone — eccentric geniuses creating the weird and wonderful. Edison and the light bulb. Tim Berners-Lee and the internet (he played a big role, but tech breakthroughs beforehand contributed too). Steve Jobs and the iPhone.

The lone tech genius is an idea perpetuated in Hollywood films and flashy award ceremonies. It started with inventors and has since moved to tech innovators. We all know the stereotype. The lone tech genius: a single person responsible for coming up with, developing and launching a ground-breaking technical revelation. The reclusive programmer hunched over their keyboard in front of multiple screens in an unlit room, only the glare of their code casting any light.

Everyone likes to have a main character – the hero of the story. The myth of the lone tech genius caters to this. Awards such as the Nobel prize require us to put a single name to an invention or breakthrough. (A fact that has seen the prestigious award come under fire.) Unfortunately, innovation and technology are considerably messier than that.

The myth of the lone tech genius also comes with the idea of a ‘eureka moment’. The eureka moment is the point when our lone tech hero is hit by inspiration. In one bright shard of clarity, an amazing idea that changes the world is born. If it were a cartoon, the eureka moment is when the light bulb would appear above our hero’s head. Instantly, we would all know that is a great idea about to shape the future.

The reality is that the eureka moment is just another component of the lone tech genius myth. Ideas are only the start of the next great tech advancement. They rarely come out fully formed, and our lone tech genius might be influenced by other ideas from peers and predecessors. Rather than a quick-fire ‘aha!’ moment, innovation often starts as a smoky thought, with a slow burn as more people start to feed the flame.

Plus, even when a tech idea is truly great, it often takes time, hard work, and business sense before it’s clear that the idea is worth something.

A wall of mini stones

The reality of tech advancements is that they grow on the knowledge of previous programmers, inventors and technology.

‘People think that computer science is the art of geniuses, but the reality is the opposite, just many people doing things that build on each other, like a wall of mini stones.’ – Donald Knuth

The myth of the lone tech genius overlooks all the other mini-breakthroughs that led to the big reveal. It avoids the reality that innovation is the product of multiple minds working together – a process in need of multiple skillsets, viewpoints and backgrounds.

Great ideas take time and people to be made into innovations. Innovation is a long, arduous process, not a quick ‘aha!’ event.

The importance of collaboration

Without collaboration, the best tech ideas in the world would never outgrow that idea stage. It takes a village to raise a child, and it takes teamwork to advance our technology.

When it comes to the development of new tech, you might start out in a solitary situation, fiddling with bits of code or hardware, but it’s impossible to avoid teamwork in the long run. Successful tech innovations need to be scoped, programmed, scaled, sought after, sold, sharpened, and supported in an endless loop. This can’t be done by one person alone.

Even the inventors of old like Thomas Edison had a team of people working with him, before him and after him. The tech geniuses are the name we put to the invention; a representative of the people behind the advancements.

It’s damaging… and it isn’t

The argument goes that the lone tech genius myth will put talent off pursuing careers and education in tech. Unless, of course, the idea of solitary computing appeals to them (which is more unlikely to be the case for extroverted people).

Plus, the eureka moment that comes as part of the lone tech genius myth is often demoralising. Those that haven’t experienced a big ‘aha!’ moment feel inadequate or fail to recognise the worth of their smaller ideas, the ones that could become something bigger.

However, it is also argued that putting a face to innovation creates an idol to aspire to. The desire to contribute to the tech industry like Steve Jobs and Bill Gates have captured imaginations.  These figures gather interest in science and technology, and inspire new talent into the fields of study.

The lone tech genius is a romanticised myth – one formed for Hollywood, awards, and our need to put a face to advancements. The fact remains that great tech comes from a plethora of skills, from coding, to teamwork, to business sense.

If we are to continue innovating, we need to shatter the myth of the lone tech genius. For greater representation in the tech industry, we need to let the world know that more than one person is responsible for new innovations, and place greater emphasis on the role of interpersonal skills and collaboration.