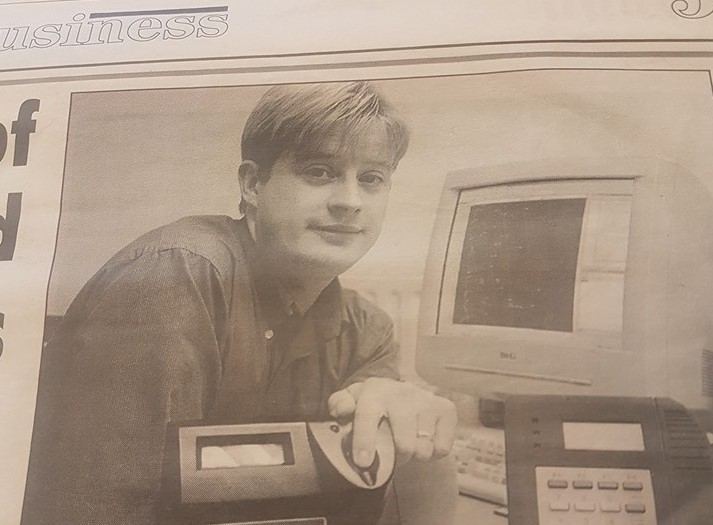 From BBC’s We are Stoke-on-Trent

On September 27, 2019, the BBC visited Parker Software HQ to tell the story of our CEO. Their editorial was captured in video form, but we’ve taken a moment to transcribe the story. Here’s how it unravels:

“I started in the 80s, programming home computers.

[I] always loved software, always wanted a software company of my own.

[I] looked at Silicon Valley and Microsoft and companies like that and wanted to build something, but really didn’t want to move.

[I] wanted to stay in Stoke-on-Trent, which is my home, so I had to start from scratch.”

Stoke-On-Trent, renowned as the world’s greatest centre of the pottery industry.

Stoke’s economy used to be defined by the ceramics industry. It’s been in steep decline since the 1960’s, with many jobs lost. But in recent years tech firms have arrived, creating new jobs including some local success stories. Stephen Parker’s self-made software business is part of this renaissance.

It employs around 40 people and has an annual turnover of £3m. But this software business had very humble beginnings.

“When I started, I had a council house in Tunstall. I had a desk in the front room.

I would do anything to say I would meet them at their offices. And at the time, I did have to do a bit of blagging, answering the phone and saying the company name, not just ‘hello’. Referring to myself as ‘we’ all the time, rather than ‘I’.

You need to make yourself look bigger than you are in the early days. And that’s fine. There’s nothing wrong with that. You do whatever it takes.”

Stephen’s product was accountancy software he coded himself. He took it on the road in Stoke to try and sell it to businesses.

“[I would] try and sell to customers by hand-delivering leaflets around the local industrial estates.

It was very difficult because companies want an established business to buy software from.

He slowly built up clients and a successful business. He continued to develop code to help his own business. As the world moved online, this provided his breakthrough.

He made software to help manage traffic to his own website. This is now the backbone of his business. His web chat software is now used by Sony, GSK and the government.

“I wanted to find a campus-style place — the type of building I always saw in Silicon Valley. That was my dream, to build something like that.

So we found some land on an industrial estate and we designed and built our own headquarters. (And) we bought enough land so that we can expand in this campus style.”

Watch the video for yourself: